This site has been upgraded on the 26th January, if you are having any issues please press Ctrl + F5 to clear the cache. 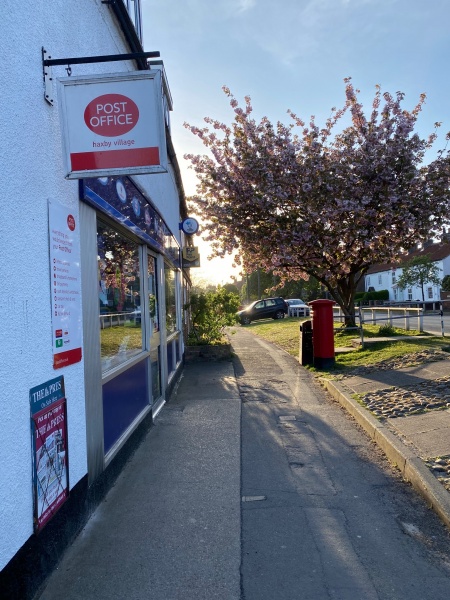 Modern-day Haxby is a rare combination of a thriving modern town in a rural setting with a historic conservation area at its heart. It has a long, well-documented history as an ancient community and retains its separate identity by being surrounded on three sides by greenbelt farming land and by sharing its western boundary with its equally venerable neighbour, Wigginton, which lies in a similar rural setting.

Unusually, the conservation area contains a comprehensive range of shops and branches of service industries such as banks, estate agents and solicitors, yet still manages to retain many of its 18th and 19th century buildings. The town is well served for public houses, cafés, restaurants and take-aways,  almost all of which are also situated within the conservation area. It also has a Parish church, a Roman Catholic church, and there is a Methodist chapel next to a substantial health centre in the adjoining village of Wigginton. As well as retail, service and farming activities, there are numerous small businesses within the town boundary.

Although many residents commute to York and elsewhere to work, Haxby is not the typical detached dormitory suburb, for three reasons. First, it has a large percentage of senior citizens who spend much of their time and a fair amount of their money within the town. In recent years, sheltered housing and retirement complexes have increased significantly and added to this sector of the population. Second, at the other end of the age range, there are a large number of children up to the age of 16, many of whom spend their leisure time within Haxby, while children up to the age of 11 go to the nursery schools and two primary schools in the town. The third reason is the number of people who make their livelihood by working in Haxby.

Leisure activities are reasonably well catered for by some 50 clubs and associations located in eight main centres. They cover numerous subjects such as arts and crafts, drama and dance, brownies and cubs, guides and scouts, while sports activities are also catered for, including, most notably in recent years, football and netball clubs. A comprehensive range of playground equipment is available for children of all ages on the Ethel Ward playing field and four other green playing areas are provided within the housing estates.

Given its rural setting, enhanced by the many well-stocked gardens in the town, Haxby enjoys a rich range of birdlife, amongst the less common of which are greater and lesser woodpeckers, sparrow hawks, skylarks, cuckoos and owls. All the common butterflies are present, including peacocks, red admirals and tortoiseshells, while the rarer yellows and holly blue are also frequent visitors. Water features in gardens attract newts and various sorts of dragonflies and bats are frequent visitors in the evenings. On the east, the parish boundary is the River Foss, which supports kingfishers by virtue of its range of fish, while the western parish boundary is the beck where water voles have recently been seen. Both watercourses are visited by the occasional heron while the surrounding fields contain foxes and the grey squirrel is ubiquitous throughout the parish.